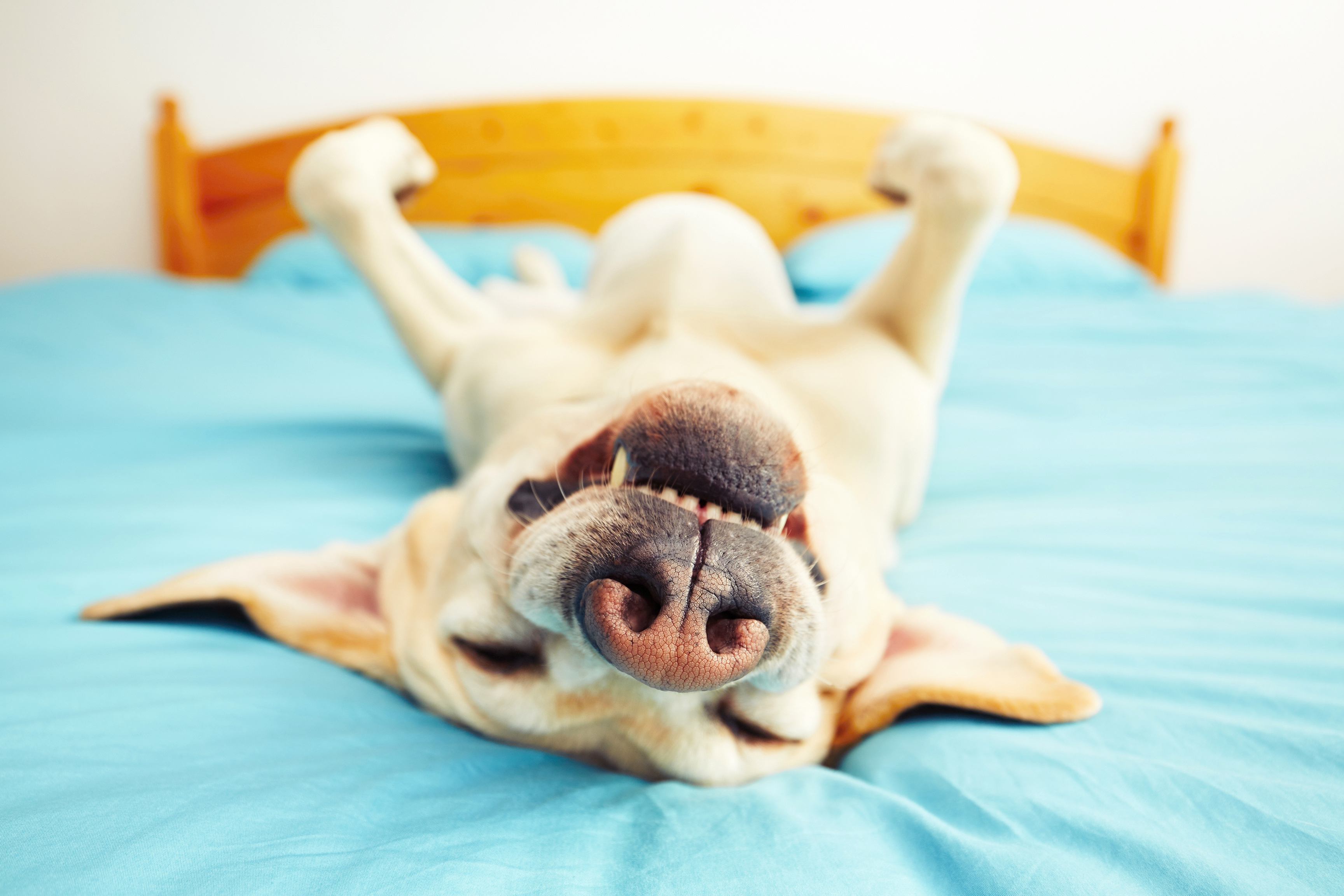 Do You Look Different in Pictures Than in Real Life? Yes, and Here's How

From angularity to distortion, there are many ways photos can misrepresent a person. Knowing how to avoid the pitfalls can drastically improve your reception on dating apps.

Myth: “The photo I used was just what I really look like”

You’ve been told that the camera doesn’t lie. (Myth.)

That photos show you just the way you are. (Myth.)

That bad pictures are the most “real.” (Myth.)

I’m not saying this to be “nice.” I’m saying it because it’s one of the reasons we created doppl in the first place.

Look, I don’t know you. You could be a fitness model or look like the bottom of a garbage can. But most of us tend to fall somewhere near average. And, for us, the difference between a bad and good picture can be genuinely consequential to our professional and dating lives.

Often, a new user will sign up to dating apps with more than just hopes of meeting someone great. Secondarily, there's a natural thought swirling: “This app can tell me how attractive I am! I want to know this about me!” But they will usually walk away disappointed on that front.

What if the pictures you’re currently using aren’t as attractive as you are in real life?

Read on to learn 5 ways that pictures skew reality.

Ever suspect that your forehead or nose looked larger in a particular picture than in real life?

More than likely, you were correct.

The most common cause of camera distortion is that the subject is too close to the lens.

Most photographers say that the type of lens used also has a lot to do with it, and wide-angle lenses (like the ones in our camera phones) are big offenders.

This difference can have major implications.

For instance, when you’re standing in front of someone, you get a 3D sense of their size. Without that extra dimension, in photos, a human arm can look way smaller or larger than it really is.

For this reason, professional models learn to manipulate their body shape by moving parts of themselves closer or farther from the lens.

Additionally, because a sharp bone structure doesn’t flatten out as much in the transition to 2D, angular faces are generally more photogenic than softer ones.

All in all, it’s helpful to understand that being naturally photogenic is correlated with (but not the same as) attractiveness.

Photographers have long been known to note the difference between the on-camera and off-camera appearances of famous models. (Kate Moss, for example, has been rumored to look quite ordinary in the flesh. Not that I can personally confirm or deny.)

#3 Most pictures are disappointing because your brain is like Photoshop

Our eyes (with help from our brain) automatically adjust to darkness and brightness.

Our cameras are not as amazing. They can be adjusted to focus on highlights or shadows, but never both at once.

As a result, sometimes we get these dark, creepy, or washed-out pictures that cause us to question, “Was that what I really looked like at the party?”

The answer is no, it’s not.

Another quirk of how we see in real life is about focus.

We automatically “edit out” unimportant, periphery details while zooming in on small windows of vision at a time.

What results is that pictures look cluttered, distracting, and crappy compared to what we had seen through our own two eyes.

And, if we’re not careful to notice the difference, we’re apt to use pictures with details that are unflattering to us.

Photos are static and people are not.

Your personality, the sound of your voice, and yes, how you move your face and body, act as a strong filter that heavily influence whether people find you attractive or not. But you miss all of this in photos.

Haven’t we all met someone for the first time after seeing them in a picture and thought, “That’s not at all what I expected”? Even when their physical features were presented accurately? It was the lack of movement at play.

Additionally, people often have awkward expressions in pictures that no one would have noticed in real life. That’s because we remember a cumulative average of facial expressions rather than each specific movement.

As a consequence, sometimes we get photos of ourselves that are much worse than what we really look like!

Remember the Beyonce Super Bowl pictures debacle of 2013, anyone?

#5 Each photo exaggerates a specific story

Even more ways we humans are not visually static:

Given this, showing the truth of who you are — even in a strictly physical sense — is impossible to do in one picture.

A “fair” description of what someone looks like might only be given after an extended in-person interaction.

A Princeton study confirmed this. They found that different photos of the same person are perceived as if they are completely different people.

Why is this? Because we go too far with assumptions based on a photo. If a guy’s wearing a white t-shirt in his only OkCupid picture, women will assume that’s his signature look. They’ll imagine he’s always wearing that t-shirt and making that same facial expression at every moment.

Logically, we all know this can’t be true, but subconsciously this is how our mind works.

So if you’re making a crazy face in your picture? Yeah, people will probably assume you’re 100% crazy.

Or if you look solemn and serious, they’re likely to assume that you’re never any fun.

Granted, our friends and family don’t see pictures of us this way because they know who we really are. They are just as blinded by bias as we are.

When you’re choosing a picture to use for a profile, you’ve got to imagine what certain settings, poses, facial expressions, etc., might be communicating to a stranger about who you are — given that they know nothing else about you.

Remember: it’s a picture, not you as a person

No one picture can tell the whole story of who you are or even what you look like.

When an average-looking guy receives very little attention on bumble, that guy might wish he were more attractive. But the truth is he’s already much better-looking than that profile in real life. He’s just taking bad pics.

Turns out, when someone swipes on your Tinder profile, they’re liking or rejecting the idea of you that they got from your pics. That’s not nearly the same as judging you in real life, as a new set of pics can easily result in 10x the matches. 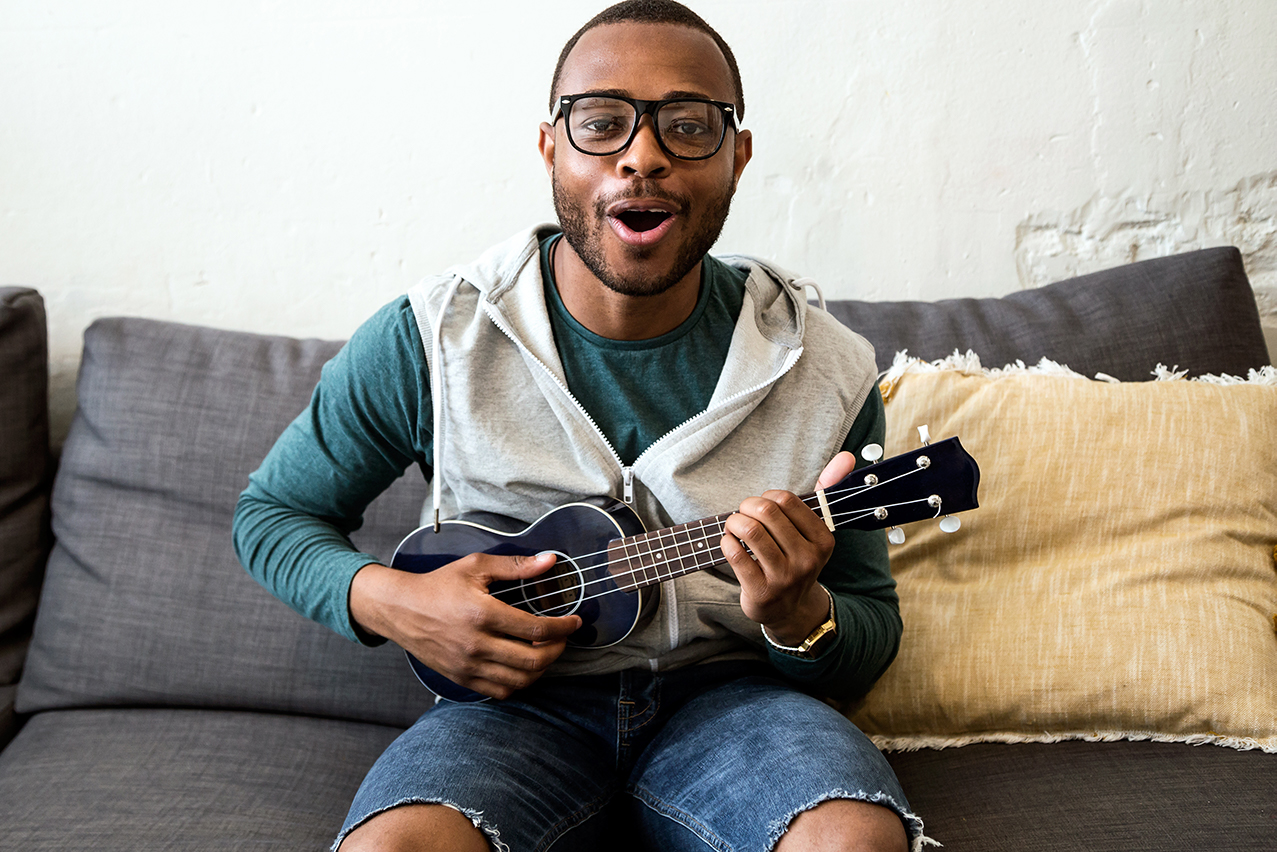 Creating a Narrative: Why it Matters.

Take a look at an example showing how important a narrative is in a dating profile. 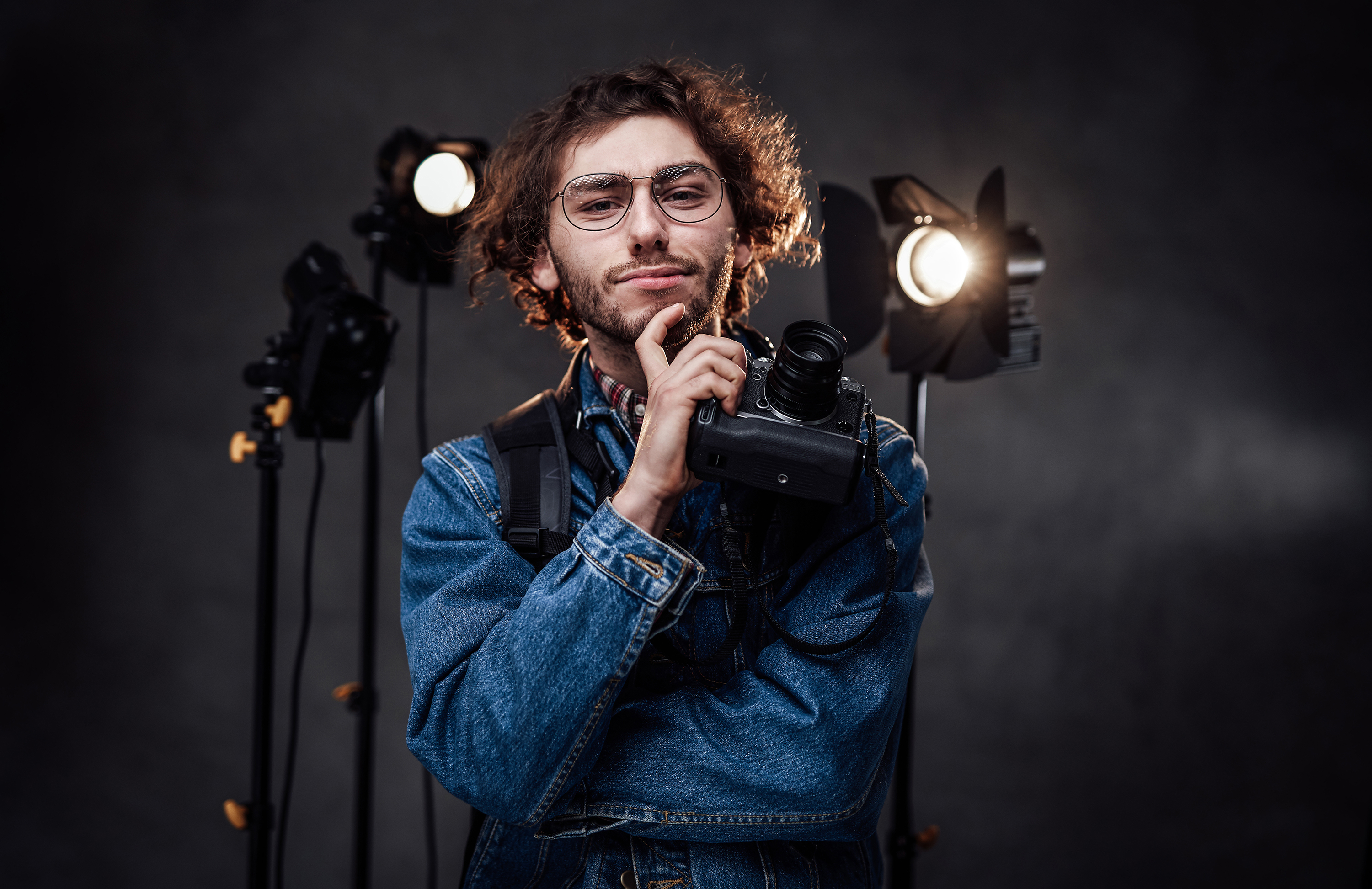 Why Photo Lighting is So Important

Lighting is the most important part of the photo equation. That's a big reason why professional photos always look so good. Learn how to harness the power of shadows so your future photo ops yield amazing results. 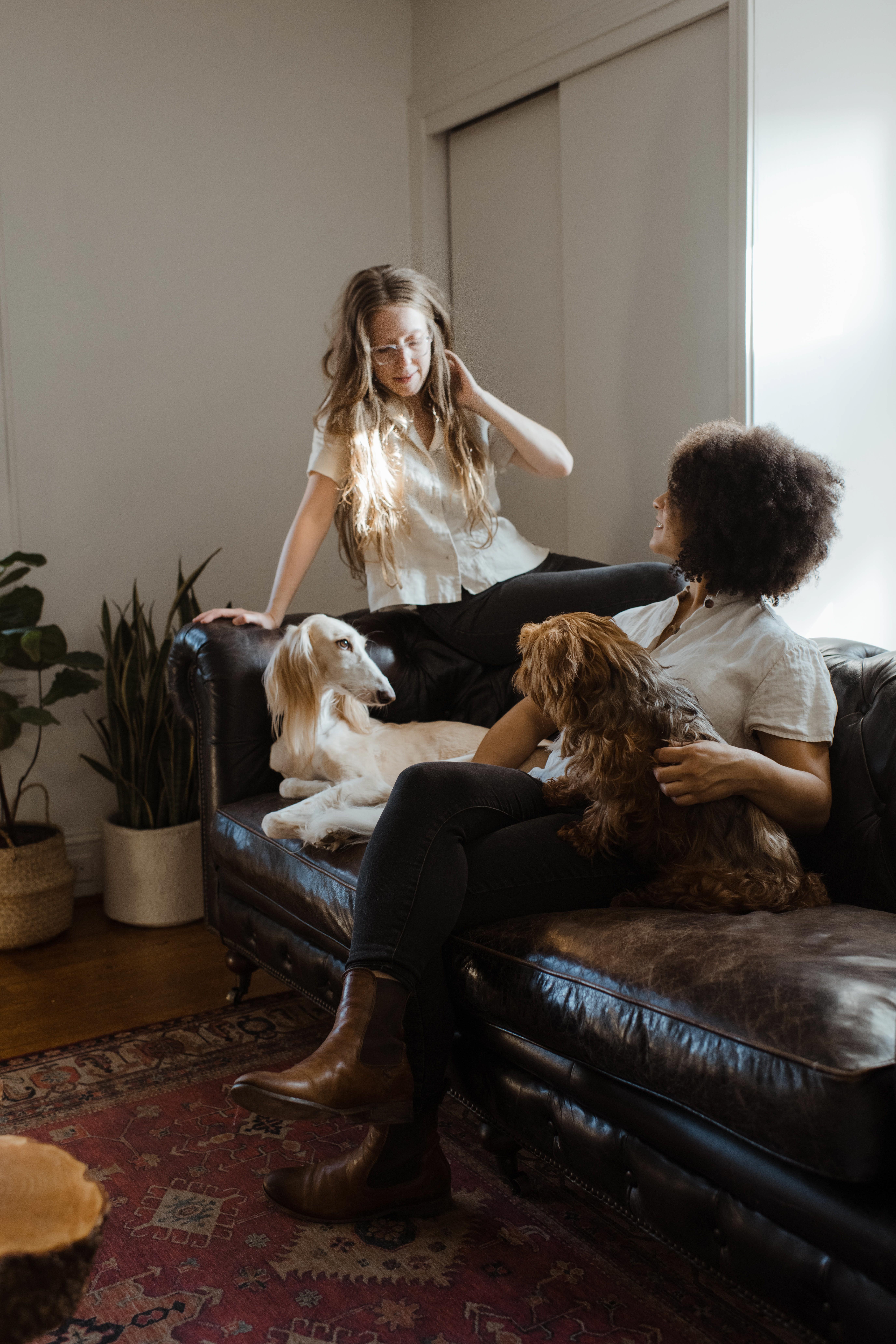 How to Navigate the Commitment Quandry

Getting to know someone is difficult territory. Communicating what you want to them effectively is even more fraught. Here's our quick and dirty guide to what you can expect from, and implement in, talking to a date about how much commitment you can handle. 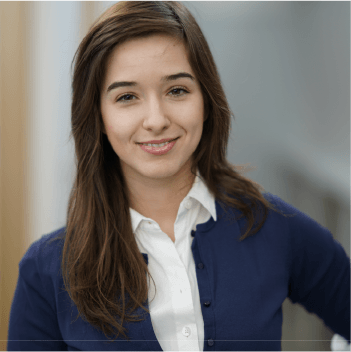